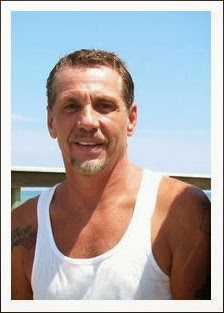 Joseph Sonday is a self taught artist who expressed an interest in art and exhibited natural talent as an Illustrator from a very early age. During his childhood in Bucks County, Pennsylvania, he was greatly influenced by his mother, a gifted artist and seamstress, as well as his grandmother who was an exquisite quilter.

During his teen years he accepted many private and corporate commissions. At the age of seventeen Joseph moved to Miami where he worked as an illustrator in local publishing houses. During his time in Miami he pursued a variety of artistic endeavors such as designing a line of greeting cards which eventually proved very popular on South Beach. He also developed a line of hand-crafted home décor, “BOHEMIAN CHIC “, which included wall art, decorative pillows, home accessories, and mosaic tile vessels. In Miami he worked very closely with Decorators and Designers who catered to a sophisticated discriminating clientele. He also worked with such design firms as Blu and Rothman &Associates. In 2005 he exhibited during Art Basel at Rothman & Associates Design Center.

Joseph is as comfortable with a pencil as with a brush. His understanding of color combined with his expert manipulation of texture culminates in an exciting and unique style of art. Since his relocation to Sebastian, Florida in 2007, he continues to explore new painting styles and techniques which have resulted in the development of a variety of works . Joseph’s work is proudly owned by private collectors and resides in numerous corporate collections.In the last 5 years Joseph has exhibited at Art Fusion Gallery in Miami Fla.,The Garden of Art in Sebastian, Fla.,Art and Junk in Melbourne Fl. And ActivistArtista Gallery in Boynton Beach Fl.Also Joseph's works have also been featured in Out on the Coast Magazine. Commissions available upon request.

Posted by Geordie Gardiner at 21:11