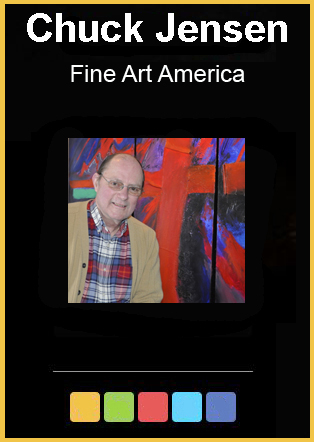 Born and raised in central Illinois, Chuck is a self-taught painter from the age of 6, until he was accepted into the Art Institute of Chicago. He studied fine arts and architectural interior design. Chuck excelled in both career fields, but the studies were preempted by his military service. After serving, Chuck practiced commercial interior design in the Chicago area and then moved to California until 2005. Chuck worked as an interior designer and space planner in office design and later worked for better than 20 years as restaurant designer.

His pieces are all large, and some are multiple canvases. Giclee’s are also available in varying sizes upon request. 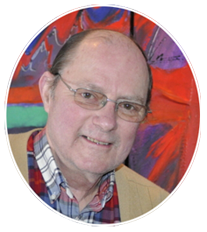 Posted by Geordie Gardiner at 10:45