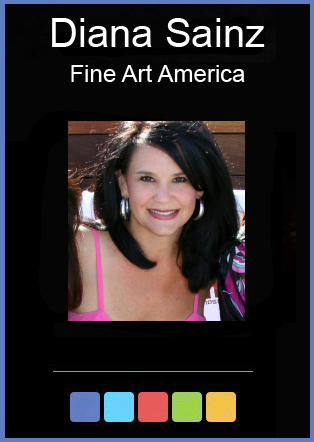 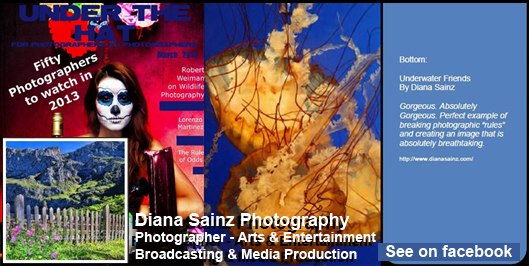 “You don't make a photograph just with a camera. You bring to the act of photography all the pictures you have seen, the books you have read, the music you have heard, the people you have loved.”

A professional photographer focusing on travel and the oddest of the odds as well as an author of two books, 'Signs of Life' and 'Sacred Grounds', working on my third and forth about the Valley of Liebana in Spain and Salton Sea in California. I photograph, I paint, I sew and I am always willing to try something new!

I was born in Madrid Spain to a very musically talented father, Alfonso Sainz, founder of what has been now awarded by the Cantabrian regioun of Spain most popular band in Spain's history, Los Pekenikes, and a very artistic mother from Orlando, Florida (Yes, I am a very proud daughter of both of my artistic parents. I have managed to obtain their artistic abilities but express them through photography. I grew up in Spain and in Florida, lived in Maryland, Texas and North Carolina and 5 years ago, I moved out to Southern California, now back in Florida, flying back and forth from here to my homeland of Spain.

Since I was a small child and was handed my first point and shoot camera, I have been snapping away. The ability to share what I see through the camera lens, capturing memories frame by frame, the beauty or reality of life, taking people to places they have never been, bringing loved ones together, the very essence of innocence on a child's face, or the excitement and happiness one experiences during a victorious event, Photography has been my passion in life. My focus varies, allowing me to experience different subjects, types of photography, and gives me the opportunity to meet people of different cultures, professions.

My adult children have followed in my footsteps and have been an inspiration to much of what I do. Their encouragement to pursue my dream has given me the freedom to put my heart in soul into a passion I love.

Currently working on a documentary and final release of my father's last CD ever recorded. Alfonso Sainz, leader of one of Spain's most influential bands of the 60's and 70's, Los Pekenikes.

After 35 years Alfonso Sainz and Tim Coons (Producer of the Backstreet Boys) were reunited for a I making on my father's life as leader of one of Spain's most famous rock groups Los Pekenikes, the 1960's and 1970's. From this meeting, a fire was lit and Alfonso was once again back in the recording studios working with Tim Coons on 'Tu Eres La Mujer' as well as another song to be recorded and released later this month. UPDATE: My father past away this April 17th, 2014, he recorded the last song for his final album the week before his surgery. My goal now, as I promised him, is to take it as far as I can go!

My father is now 'Cerca de las Estrellas', I miss him terribly.

All artwork in this gallery is the original artwork of Diana Sainz. All Rights Reserved. It is for sale, copyrighted to Diana Sainz and, as such, is protected by US and International Copyright laws. 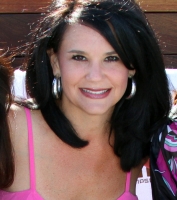