Henry Kestler's background is varied, an actor, director, and screenwriter. Alumni of Second City Toronto, in 2002 he directed the dark comedy, 'Paranoia In Launderette', based on the novella by Bruce Robinson. It went on to appear at the Victoria Independent Film and Video Festival as well as being awarded a Canada Council Grant.

Although this is Henry's first photography exhibition, he approached it from the angle of a feature film with a touch of the theatrical.

Henry Kestler began writing spec screenplays in 1999. In 2002 Henry acquirred the rights to Bruce Robinson's novella, Paranoia In The Launderette. He then went on to adapted it into a screenplay and directed the short film. Henry is forever grateful for Bruce's kindness and has since considered him a major role model.

Henry continued to hone his craft by adapting Richard Marcus's American Roulette into a feature length screenplay. When Richard read Henry's adaptation, he sent him his unpublished version of Richard's manuscript to help with rewrites, along with a one year option to shop the script around in order to pay for the rights to his material. To this day the sceenplay has not been picked up.

His writing style employs a heavy dose of dark humor laced with believable dialogue, characters, and realistic settings. He continues to write in various formats including poetry, short stories and screenplays. 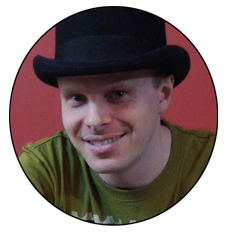 To book Henry Kestler or learn more about booking him, please contact at the link above:

Posted by Geordie Gardiner at 09:50