But the LORD is with me like a dread champion; Therefore my persecutors will stumble and not prevail. They will be utterly ashamed, because they have failed, With an everlasting disgrace that will not be forgotten.


I toyed around with writing lyrics when I was 18, and I liked it, so it became my hobby. It wasn't until two years later that I decided to start taking it seriously. I began collecting equipment, writing every day, and I started to get into producing music. I didn't know how to play piano, and I knew a little guitar; that's where I began. I started attending Collin County Community College for a certificate in Audio Engineering. I have learned so much through school and practice in the last few years, I feel like an entirely different person.

The story behind my name:

I was struggling to come up with a stage name for a long time. I felt at times like it wasn't necessary, but at other times I felt like it was crucial. Having a stage name for my music makes it easier for me to separate who I am from who I need to be. Basically, I have a very high calling to live up to, and as a musician, the stakes are even higher. If I say something in a song that doesn't fit the message I believe in, then I'm wasting my voice, so having that stage name gives me an easier way to be a separate person, one who doesn't have trouble living only for what's important. As Nelson, I am flawed, but as Dread Champion, I am not. That's because Dread Champion isn't really me, but the best of me. It's what I offer to you. I came up with Dread Champion when I was searching the meaning of the name Nelson. Nelson means son of a champion, or champion. I feel like a champion is who I'm meant to be, someone who fights alongside those who cannot fight for themselves, and someone who never gives up. I loved the idea of having champion be a part of my name, but it didn't feel complete. I decided to search the Bible for uses of the word champion, and I found Jeremiah 20:11 (NAS)- "But the Lord is with me like a dread champion; Therefore my persecutors will stumble and not prevail. They will be utterly ashamed, because they have failed, with an everlasting disgrace that will not be forgotten." I love that verse so much. It tells me that I may always have to fight, but I'll never be alone in my fight. He is with me, and He cannot be defeated. Nelson Ward will never be an unbeatable warrior, but Dread Champion is. Dread Champion is the best of me, and I share that with you.


This is my life, and my mission. I desire to make music that shows the true me, and hopefully leads people to Christ. It's also of huge importance to me that the music sounds good (at least by my standards...). I have spent tons of time trying to get better and better for you guys, my fans. I hope that I can win all of you over with what I offer. If not, I love you all anyway. 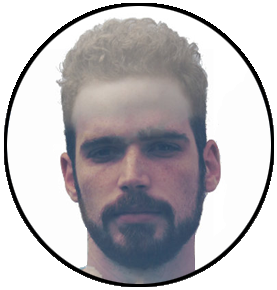